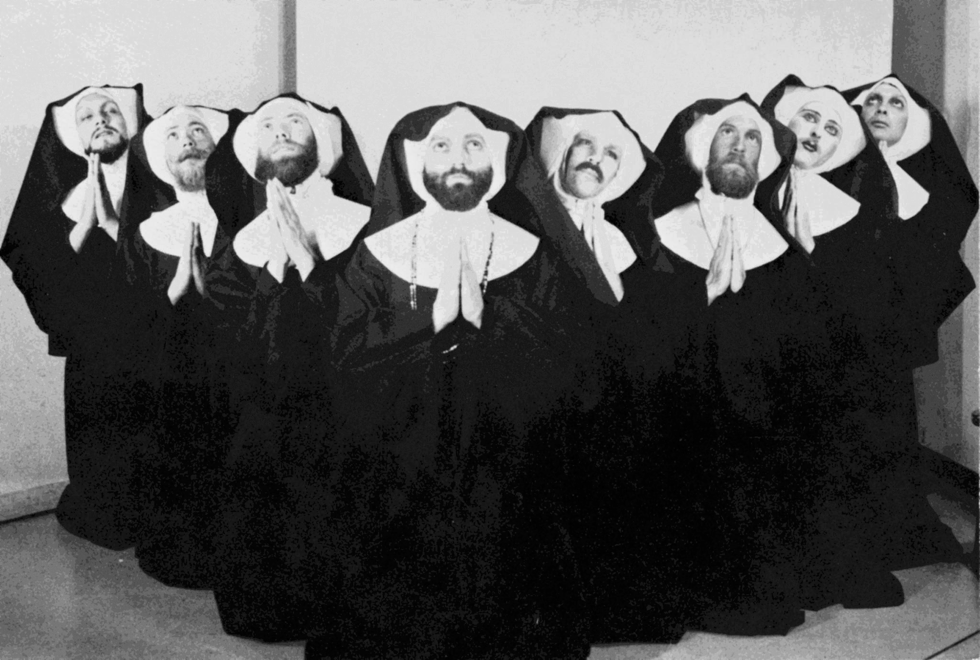 Sunday of Easter 1979 a group of actors, artists and activists decided to a surprising happening in San Francisco.

They no longer support the cartoonish machismo of the nascent gay community, nor the words of Anita Bryan, Muse of the ultra right Christian American part in campaign against homosexuality. 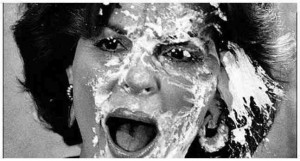 Link to the video (opens in a new window)

In the trunk of one of them sleep religious costumes and it is with these dresses and these sails that they invest the naturist beach then gay Castro District. They are inspired by what some have lived among the Fearies Radical and the example of pioneering as that of Sister Assunta Famia experience

Sister Assunta Famia, one of the "hidden ancestors" of SPI and OPI and SOMHOW and queer nuns everywhere. A Queer nun active in SF in the mid-seventies, goat herder, farmer and radical sex-positive feminist. She managed what was then called "Magdalene Farms" now known as Wolf Creek. Assunta was a fierce devotee of the goddess who lived her vows as a solo-sister or "anchorite" in the tradition of Julian of Norwich. She picked up Sister Mish in the Liberty Baths and brought her back for tea and story telling. In the early days of the Sisters of Perpetual Indulgence, when our nuns protested the Jesuits at USF for their homophobic policies, she penned a fierce poem in support that blasted clerical hypocrisy and fascist mind control. Sadly, she passed to the Nuns of the Above several years later. Remembering her fierce spirituality, activism and commitment to rural living.

Faced with the intensity of the foregoing reactions they decide after this first release, create a radical political activism, social combat and artistic performance.

Thus were born the SŒURS of perpetual INDULGENCE 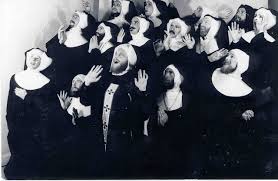 Mission of Ste hilarity, they gave themselves intended to be nuns of the 21st century, deflate by humour the balloons of the Patriarchate financial, political and religious putting himself at the service of all those who will recognize in the values they defend.

Our wishes are simple: 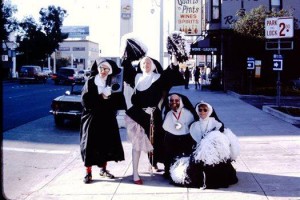 Through festive and non-violent demonstrations, the harvests of funds and performance, the sisters are fast becoming the vibrant heart of Castro.

Their first public appearances will be demonstrations against nuclear power, in memory of the Catholic nuns murdered in the El Salvador

Their exorcism openly opposed to condoms in the heart of the AIDS epidemic, public Jean Paul II on a visit to the USA 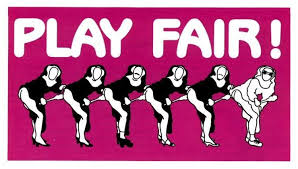 Reported by the media, the founders are quickly joined by boys, girls, shemale, gay, straight, bi aiming to take the veil of derision for combat in joy.

The group is very quickly becoming inclusive and mixed:

New convents appear quickly in Toronto, Seattle and other large American cities, then other groups formed in Australia, England, France and Germany and Latin America.

A fifteen year was born order the Sisters of perpetual Indulgence Internationnal, bringing together informal way all seeking this philosophy and this mode of action groups around the world.

Officially, there are now 26 American convents and 24 missions out of a total of 50 cities American and there are orders on 4 continents in more than 14 different countries including the Canada, the Uruguay, the Argentina, the France, the Germany, England, Scotland, Ireland, the Switzerland, the Czech Republic and the Australia.

And still new groups are created as…

And as long as it will take joy to clear sentences, as long as our love will not be recognized, as long as AIDS is not defeated we are and will remain an order poor, agnostic and crazy Radicales illusory in the service of all, all and others!